The National Quantum & Dark Matter Road Trip saw 24 members of EQUS and/or the ARC Centre of Excellence for Dark Matter Particle Physics (CDM) drive from Brisbane to Perth over National Science Week, 8–26 August.  The team visited 25 regional schools and delivered 14 public events during the trip, engaging members of the public at schools, pubs and committee hubs in all things quantum and dark matter. 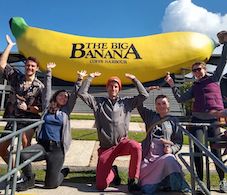 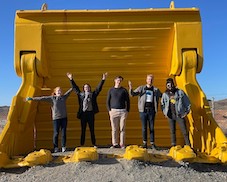 Road-trippers hanging out in Coffs Harbour, Tharwa and Kalgoorlie

Overall, the road trip was a huge success.  The feedback so far has been really positive, especially from students, teachers and attendees at our public events, but also from the road-trippers.

Ben McAllister—road trip organiser and participant, and co-chair of EQUS’ Public Engagement Committee—said: “The road trip was a fantastic opportunity to get out into regional and rural areas, and talk to school students and people who wouldn’t typically get that kind of engagement.  The students had some fantastic questions—there was so much curiosity about the nature of the Universe, at all levels, which was really encouraging to see.” 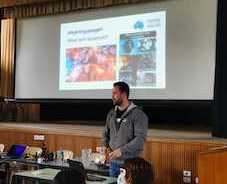 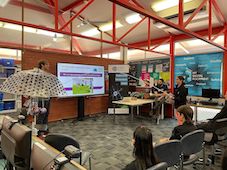 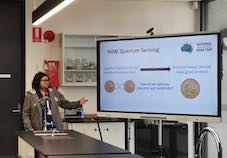 In total, the team engaged around 2,000 people at schools, pubs and community centres in quantum technologies and dark matter, including around 1,400 high-school students.  We also received a huge amount of media coverage, including 11 unique print and/or online media stories (syndicated across roughly 120 titles), 15 radio spots and a feature on WIN News Toowoomba (syndicated across Queensland).  As well as being great promotion for the road trip and EQUS, it provided EQUS members with the opportunity to practice their science communication.  In particular: 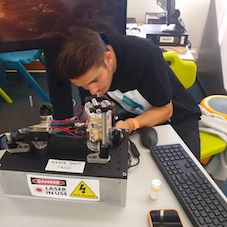 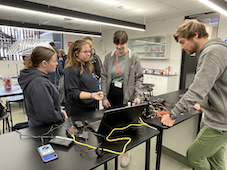 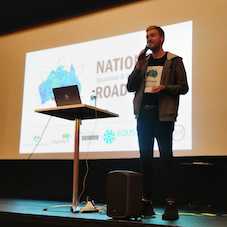 Left to right: Maverick setting up the ion trap demo at Murwillumbah High School; Jacinta and Alex explaining the diamond demo to students at Yass High School; and Ben giving a public talk to an audience of 100 at Stawell Town Hall

Ben said that the road trip was exhausting, but also a tonne of fun, with the pub quizzes being a person highlight.

“As well as being great fun, the pub quizzes proved to be great conversation starters.  People seemed genuinely interested in quantum and dark matter—we spent hours after each quiz chatting to people and answering their questions,” he said.

We’re hoping to do a series of smaller, state-based road trips in 2023, followed by another National Quantum and Dark Matter Road Trip in 2024.  To find out more, and to read, watch or listen back to any of the media coverage, visit https://www.qdmroadtrip.org/.